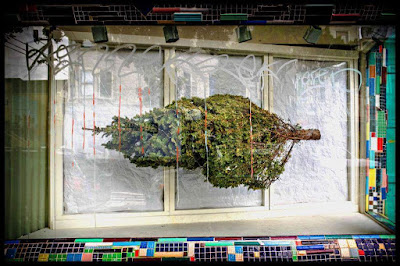 Posted by make stuff at 3:50 PM No comments:

As a printmaker, I am oriented in my artwork toward the surprising, the transformative and the accidental. My most recent prints and zines chart the course of explorers pursuing that which is hidden, secret and forever just out of reach. 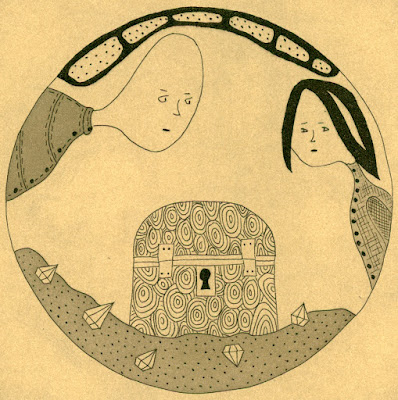 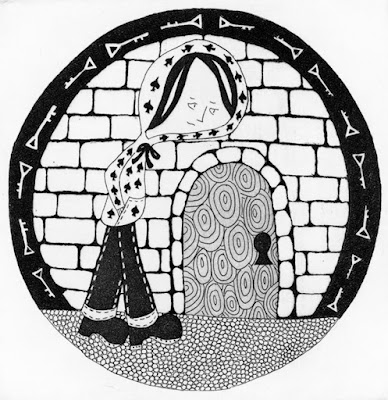 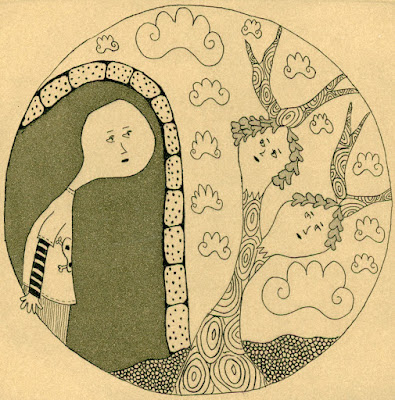 Posted by make stuff at 8:32 AM No comments: 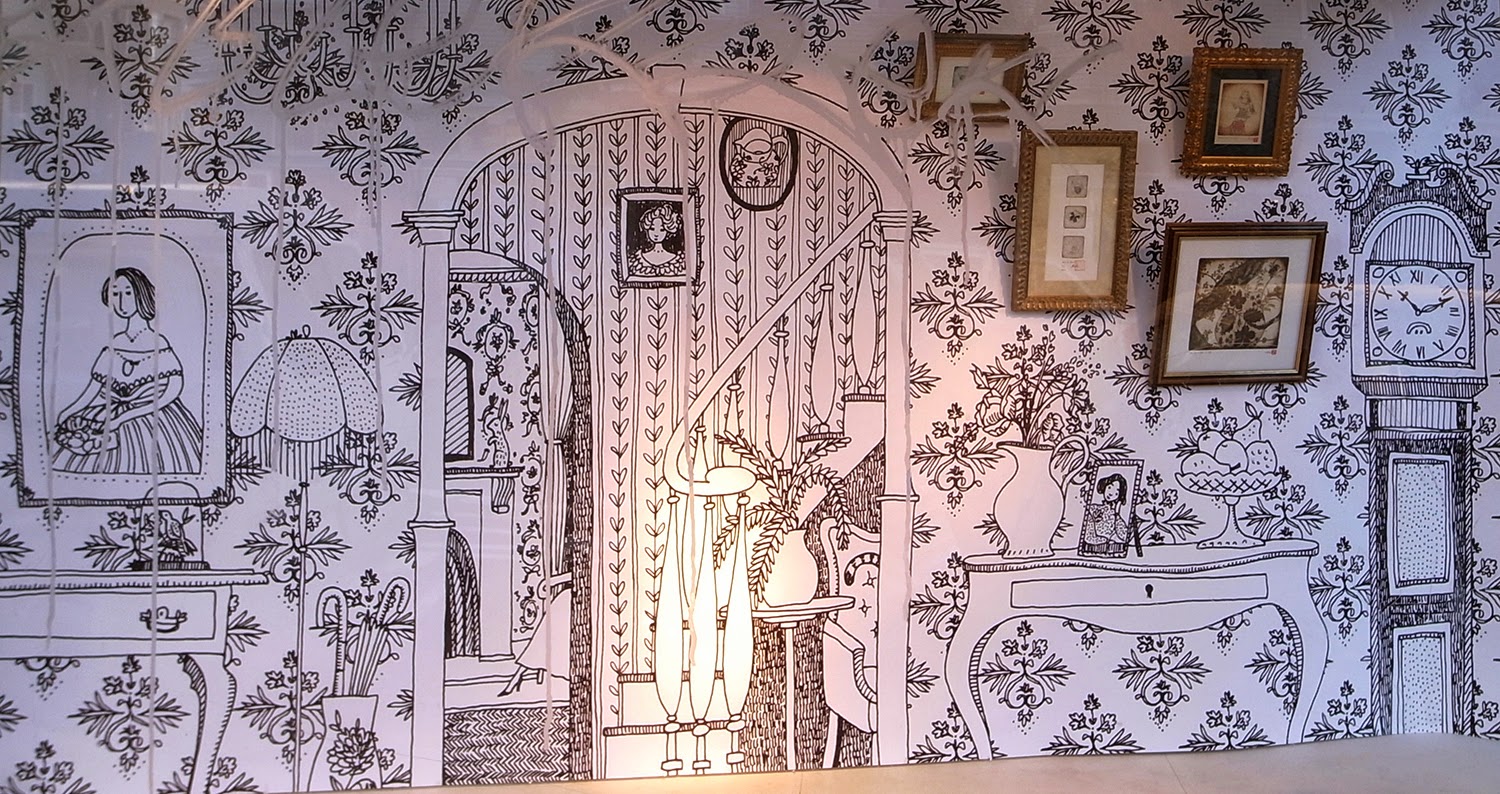 My work often features still-lives, and small objects in the home. For this window display, I wanted to create the illusion of looking into an interior filled with objects, playing with various layers and dimensions.

I drew an illustrated black and white backdrop of a Victorian parlour, looking through to several more rooms. I hid little details in the drawing to create stories: portraits, a lady by the fire, a statue of a rabbit, a cat’s tail. I played with depth within the drawing itself, and then added to it by hanging real framed pictures on the drawn walls.

The framed pieces are etchings of ceramics and one portrait, echoing the subject matter within the backdrop. They are full of patterns, creating a layer of patterned artwork on top of patterned wallpaper.

Posted by make stuff at 2:42 PM No comments:

A recent cross-country move has me considering geography in narrative terms, and San Francisco's combination of natural beauty and human industry provides abundant fodder. In Where, I combine distilled aspects of the landscape with common web iconography, such as map pointers and speech bubbles, to elicit a sense of the locations, emotional and physical, of human relationships. Distance, tension, fondness, chatter, distraction, and groundedness are some of the things I've been thinking about. 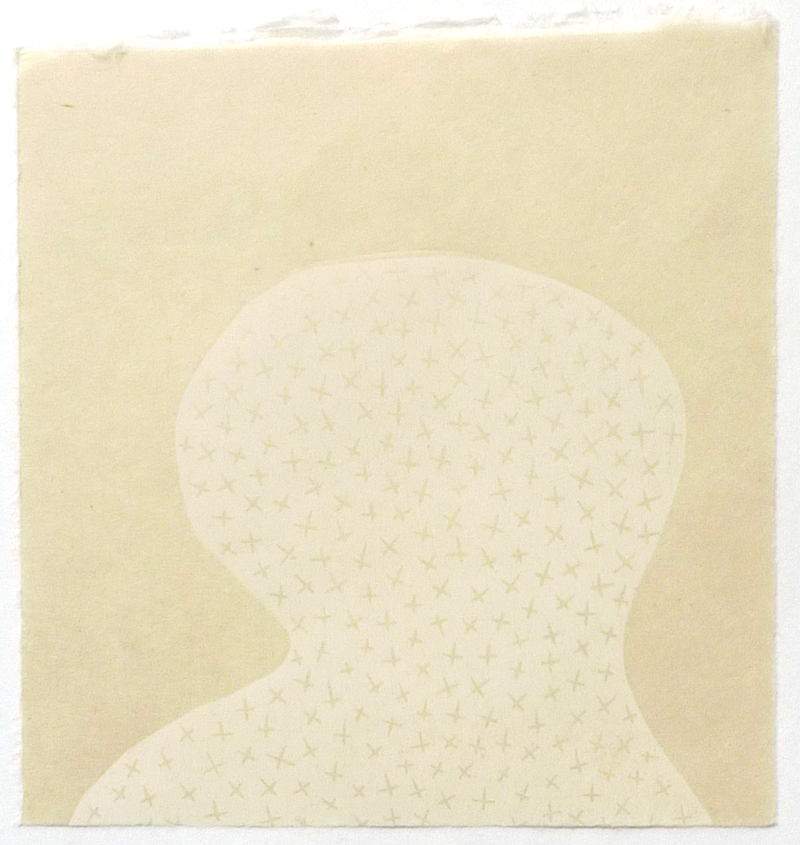 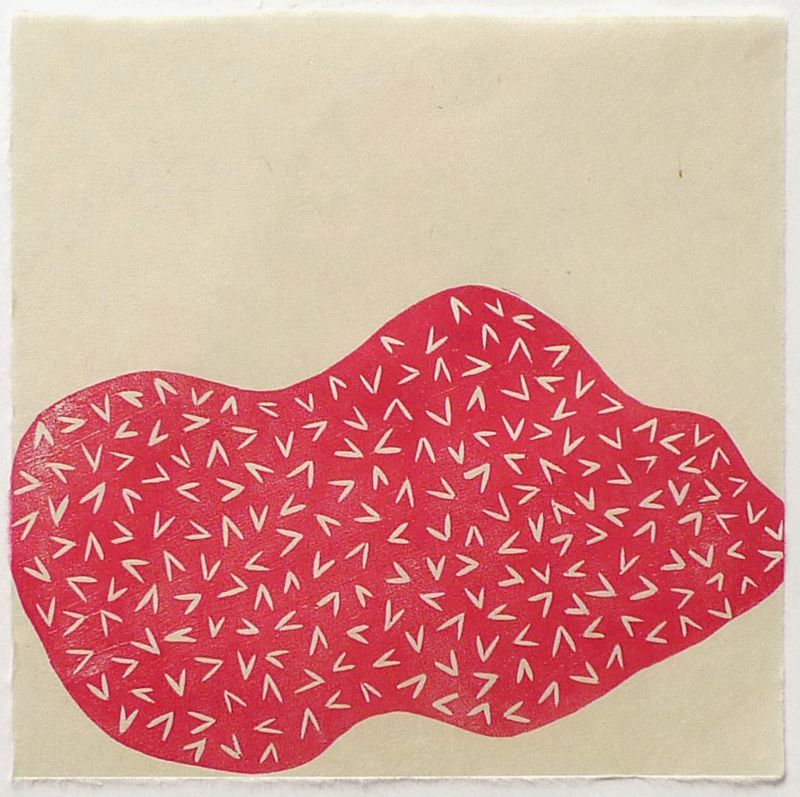 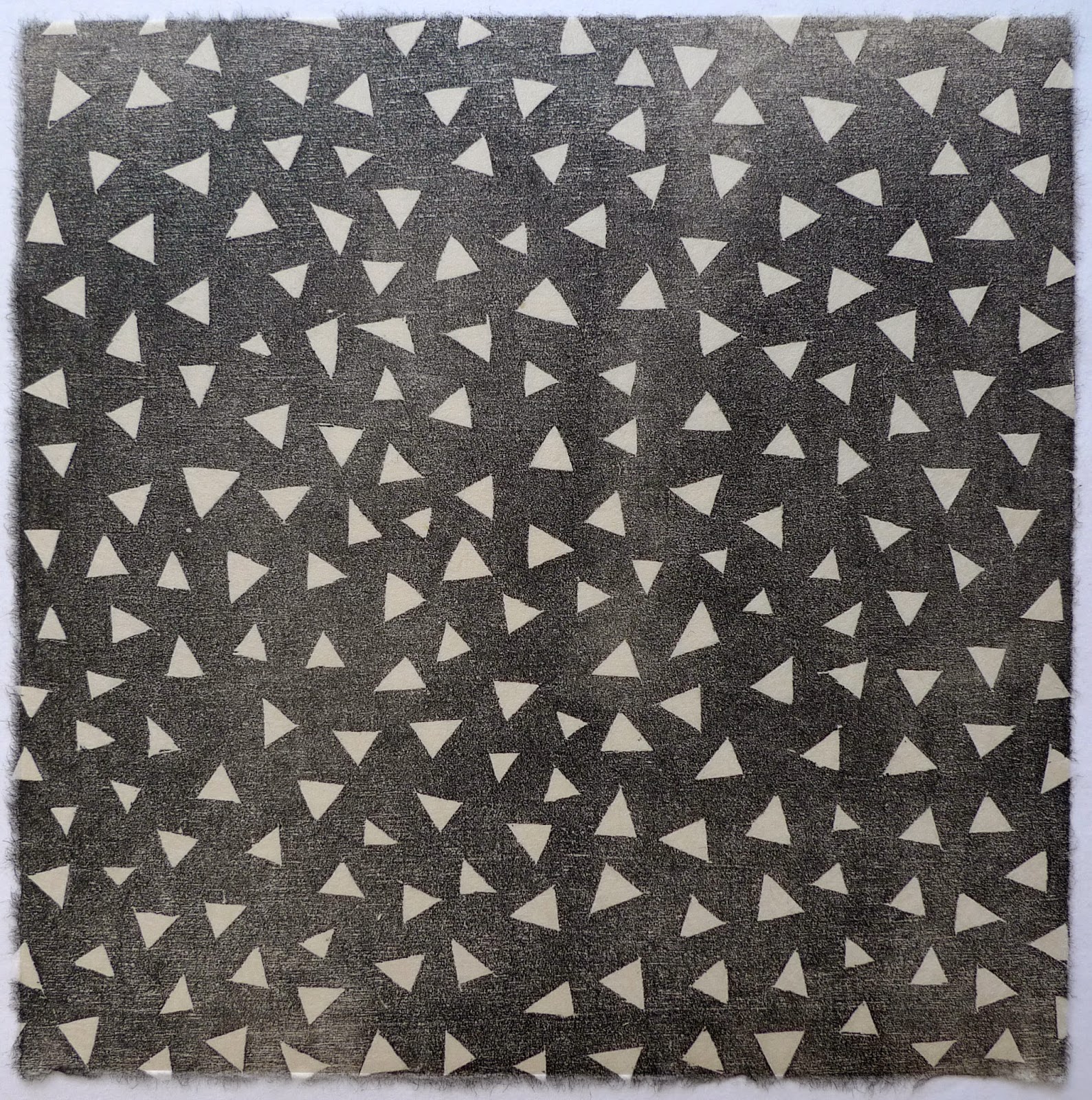 Posted by make stuff at 2:54 PM No comments:

BART was the Future

When I first moved to San Francisco, when I was 18, BART was something that meant "the Future". I grew up in southern California, and I clearly remember a 3rd grade textbook in the 70's, all about Our Great State. Agricultural wonders of bioengineering would produce more, with less; square tomatoes would get to supermarkets undamaged; and BART was the Future! It was brand new, it was wonderful, it would connect us with the urban centers quickly and cleanly and quietly... Stratigraphy, as a non-archaeologist, is the relational placement of different contexts from the past. As they are unearthed, artifacts are described as 'higher' or 'lower', 'above' or 'below', based on their relationship to the contexts around them. I think about this when I go below to the future that I live in now.  Both newer and older than the deposits above it, the system tells a story that never came true.


I am intimately familiar with the large relief sculptures that adorn the entrance to the 24th St. BART station, it is 2 blocks from my house and I don't own a car so BART is one of my primary means of mobility. I don't know who made them, I'd like to check but a temporary structure built to repair the escalator is covering the information placard for these artworks.

These sculptures are dated, they are dirty, they are large and impressive. They represent a different way of looking at public space than today's age of smartphones and private this and that, they show that BART's builders sought to honor the commons, today we are busy chipping away at what is shared, chopping it up and monetizing it.

I set about to replicate these sculptures as the miniature maquettes they probably once were, when, instead of being encrusted with pigeon droppings and dirt they were imbued with optimism and egalitarian ideals.

http://anthonydanielryan.com
Posted by make stuff at 10:59 AM No comments: 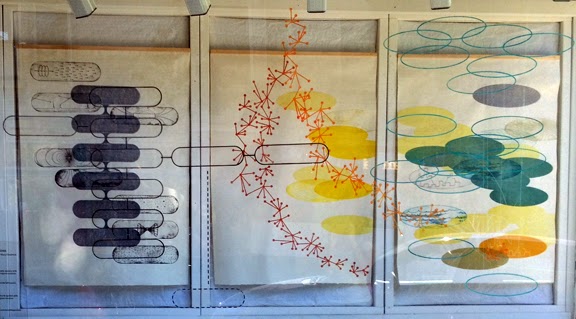 In my artist books and prints, I am interested in the way that we communicate and what is said between, within and behind words. In this installation, I explore two different modes of communicating: the logical and the emotional. Using symbolic shapes to represent the words, I present an emotional, romantic communication style as a colorful, layered and organic arrangement. In contrast, a logical, unemotional manner of speaking is shown as a rigid and orderly layout of black, grey and white shapes. Dancing between these two modes of communicating, an arc of playful orange shapes symbolizes the imagination; even when speaking in very different styles, our imaginations are activated by personal exchanges.

The installation is made up of three large relief and intaglio prints created from laser-cut plexiglass plates. The actual shaped printing plates are suspended in layers in front of the prints, expanding the images off the two-dimensional surface.

On display 24/7 through April 30, 2014.
Contact the artist at incahootspress@gmail.com
See more books and prints at macychadwick.com