This series by San Francisco artist Rafael Landea consists of two juxtaposed ideas: ‘staged cafes’ (acrylic on canvas) and ‘scenes or mini-plays’ (permanent marker on plexiglas). The ‘café stages’ are monochromatic acrylics on canvas depicting imaginary cafés in Buenos Aires from different points of view. The cafés are shown as faded spaces, rescued from a forgotten time, like old photographs which have faded over the years. The clear and distinct ‘scenes’ in black permanent marker on the plexiglas panels overlay the faded stages of the cafés in the background. The sketches on each panel present interesting characters, their actions in the cafe and perhaps even their thoughts! Taken together, each painting presents a whimsical scene from an old theater play set in an Argentine café. 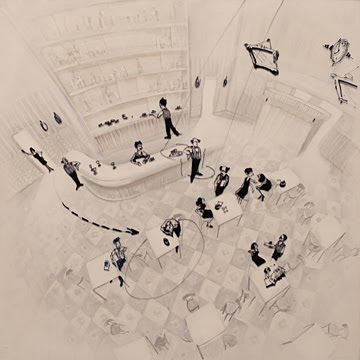 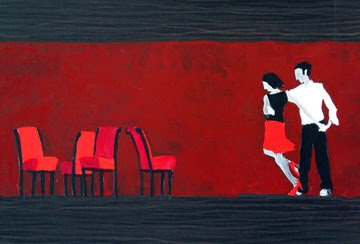 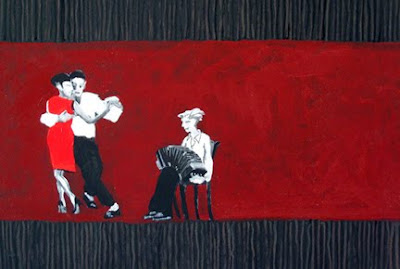 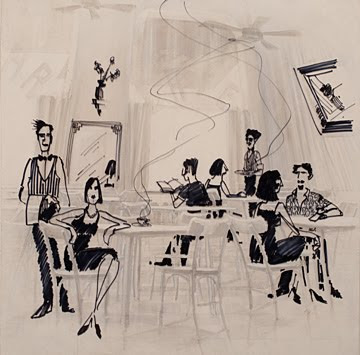 "El ultimo cafe"
Posted by make stuff at 8:23 AM No comments: